Who Killed Kurt Cobain? The Story of Boddah 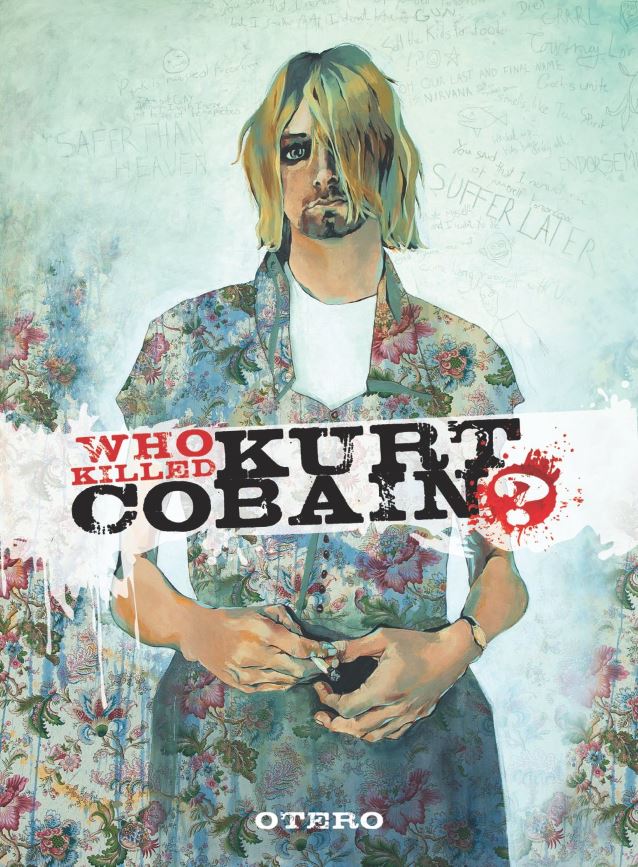 Kurt Cobain has become something of a household name. Even those who aren’t fans of Nirvana, or maybe weren’t even alive in the 1990s, have probably at least heard of him. Don’t get me wrong, I am a HUGE Nirvana fan, but arguably Kurt’s continued popularity has more to do with his mysterious death than with his music.

The question that has persisted over the last two decades is whether or not Kurt Cobain took his own life (the alternative being that he was murdered). Conspiracy theories abound, and while this might seem like well-worn territory, Nicolas Otero’s Who Killed Kurt Cobain? The Story of Boddah—a graphic adaptation of the 2016 French novel Le Roman de Boddah by Heloise Guay de Bellissen—is a refreshingly different take on the Kurt Cobain story.

Among various objects found at the scene of Kurt Cobain’s supposed suicide was a note addressed to Boddah, his imaginary childhood friend. Who Killed Kurt Cobain? The Story of Boddah, while drawing on factual information about Kurt Cobain’s life, offers readers a fictionalized account of Kurt’s story through the eyes of Boddah. As with any Kurt Cobain narrative, Boddah offers readers insight into the angst and genius that characterized Kurt’s life. The use of Boddah as a narrator is a smart move and Otero paints him as both a physical being outside of Kurt and a mental projection. Boddah is and is not Kurt, and as the story progresses, the art carefully reveals more to readers than the text does.

Otero’s writing feels both rich and poetic, while also being succinct and easy-reading. Done in almost exclusively black and white, the art feels haunted by Kurt’s addictions, instability, and anxiety. I appreciated the multimodal style too; the use of other textual elements like letters makes it feel like you are reading something personal, someone’s scrapbook, and gaining more insight into the ever-fascinating Kurt Cobain in the process. There are some really fantastic panels and full-page spreads in the graphic novel; two of my favorites are a panel in which Kurt is depicted as Jesus in a “The Last Supper” type of situation and the other is one in which Kurt is looking out into a crowd and all he can see are hundreds of himself. Both of these visuals so accurately capture what tormented Kurt when he started to become famous.

My only concern is that the story focuses primarily on Kurt’s relationship with Courtney Love and tends to paint her in a more positive manner than I have seen elsewhere (and I myself believe her to be). Yes, their relationship was romantic (at times), but Courtney was not quite the savior that the book depicts her to be. Nonetheless, this is a compelling and visually-stunning read, and one that Nirvana fans should be eager to get their hands on.

The Verdict
Buy it! For Nirvana fans, Who Killed Kurt Cobain? The Story of Boddah is a must. The dark humor and torment woven into the text and the art presents an eerily accurate picture of what we know of the man Kurt Cobain, and the use of Boddah as narrator presents a familiar story in a different way. For non-Nirvana fans, (sigh), go pick up a copy of Nevermind, then In Utero, and then work your way back from there—you’ll come to see the light eventually!

100 Thoughts On The 100: Post-Apocalyptic Pop Music