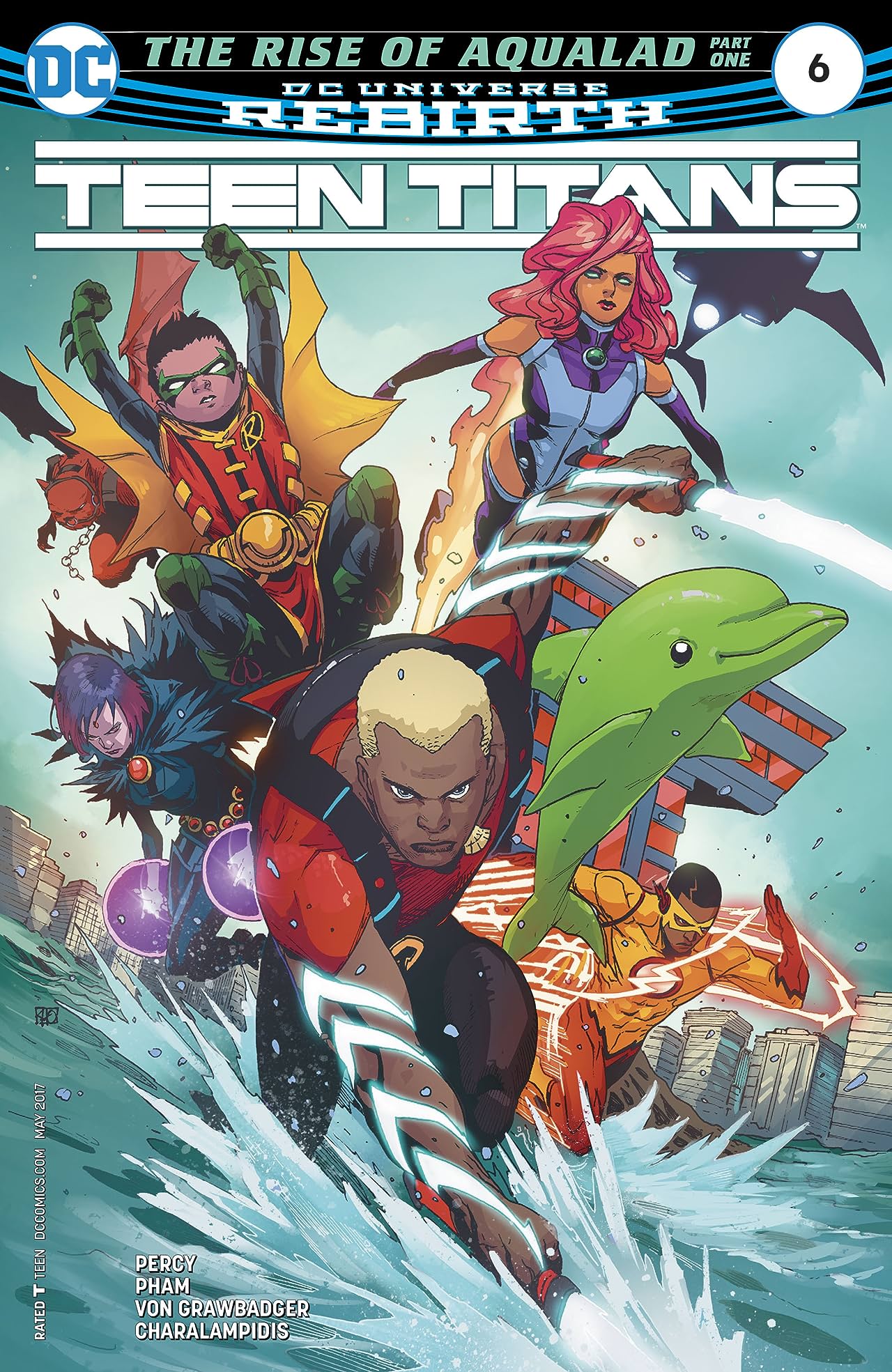 It’s easy to forget now, but the Teen Titans were one of DC’s biggest properties in their mainline comic books a few decades back. They’re definitely still popular to this day—Teen Titans Go! on Cartoon Network is supremely popular—but their lofty status hasn’t been reflected much in recent comics.

Like many other DC characters and concepts, the New 52 took a wrecking ball to the team’s legacy, ret-conning stalwart Titans (like Cyborg and Raven) out of their history, while reimagining others to varying degrees of success.

Naturally, DC Rebirth presented an opportunity for the team to bring the Titans back to basics, namely through constructing lineups with fan-favorite characters. There are actually two ongoing titles about the Titans being published at the moment: Dan Abnett’s Titans, featuring older characters like Dick Grayson and the newly-returned (Post-Crisis) Wally West, and Benjamin Percy’s Teen Titans, focusing on a younger team assembled by Damian Wayne’s Robin.

I haven’t been reading the former title, but for fans of Marv Wolfman & George Pérez’s run on New Teen Titans (as well as Teen Titans Go!), Percy’s Teen Titans offers pretty much exactly what you’d want from a book with that title.

Let’s start with the lineup: it’s classic Teen Titans. Joining the aforementioned Damian Wayne as Robin, we’ve got Beast Boy, Starfire, Raven, and Kid Flash. If you haven’t been reading up to this point, all you really need to know is that Damian decided to form his own group of Titans through sheer force, and learned the hard way (read: R’as al Ghul, his evil grandpa) that friendship and teamwork can’t be forced, but earned.

Having earned the trust of his fellow Titans, the kids decided to stick together, and a new Titans Tower was built for them to operate from—turns out having Batman for a dad can be really handy.

But that’s not all: Teen Titans #6 introduces Aqualad (Jackson Hyde) to the series. Obviously, this is sure to excite fans of the (recently-revived) Young Justice, but considering how the Rebirth incarnation of Jackson identities as gay, it’s a major win for LGBTQ representation on what’s already a fairly diverse cast of characters.

Diversity would mean nothing without a good story, obviously, but Percy’s script provides all the fun you’d want from the Teen Titans. While not as outlandishly cartoonish as Teen Titans Go!, Percy channels a similar sensibility through his character work and plotting. Much like his work on the current Green Arrow title, Teen Titans is a blast to read.

Having Damian Wayne as Robin onboard really changes the team dynamic than if it had been Dick Grayson or Tim Drake in his place, and seeing him bounce off the likes of the silly Beast Boy is nothing short of entertaining. Gar in particular has been a bright spot throughout this run, and seems to always have a memorable moment in each issue that’s been released so far. I won’t spoil anything from this one specifically, but if you enjoy Beast Boy’s animal-shifting abilities as comic relief, you won’t be disappointed here.

You might recall Teen Titans losing its regular artist early into the series, but penciller Khoi Pham has more than picked up the slack. Joined by inker Wade von Grawbadger and colorist Jim Charlampidis, the only way I can describe the collective art team’s output is delightful. Vibrantly colorful and briskly rendered, it’s very reminiscent of a Saturday morning cartoon, which suits the team perfectly.

Letterer Cory Breen’s contributions here also provide some unique flair through varying font variations, depending on which character is speaking and/or what’s happening on-panel. Lettering is a tricky (often thankless) job in producing comics; you don’t wanna distract from the text, but you also want to make it look appealing. Though often overlooked in comics criticism, we should really be more mindful of lettering as an aspect worth talking about—I know I’ve been making more strides in that regard, anyway.

The Verdict
Teen Titans has consistently been one of the most fun books in the DC Rebirth lineup, and Teen Titans #6 continues that streak while also adding an exciting new element (Aqualad) to the mix. I’d recommend buying it, obviously—especially if you’re a fan of the New Teen Titans/Teen Titans Go! roster.

The Comics Agenda 67: Talking **Come Into Me** with Lonnie Nadler

Blizzard Announces Year of the Rooster Event for Overwatch!