While undead creatures like zombies and vampires seem to go in and out of style, werewolves are always in vogue. 1980s pop culture gave us some fantastic werewolves in film: The Howling (1980), An American Werewolf in London (1981), The Company of Wolves (1984), Teen Wolf (1985), and, of course, the renowned music video for Michael Jackson’s “Thriller” (1983). Yet, the 1980s werewolf trend is not a singular phenomenon. More recently, if we are talking film and television programs alone, werewolves have featured in countless popular programs from the 2000s: Harry Potter, Underworld, Twilight, True Blood, Bitten, and Hemlock Grove—just to name a few. 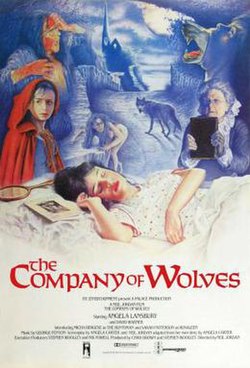 And what is perhaps most interesting about this ever-present trend is how varied these werewolves are: some are born werewolves; some are bitten werewolves; some are sensitive to silver; some can induce their change; some change involuntarily; some are suave; some are ragged, etc. So, where do artists draw their inspiration? How do they decide what the werewolf will look like and how they will behave?

Roughly every culture in the world has their own werewolf mythology. While it would be impossible to discuss each one in a single post, let’s revisit some of the myth and folklore surrounding werewolves—legends and beliefs that continue to permeate our favorite pop culture werewolf incarnations today.

Lycanthropy is an actual medical condition. True to what the name means—a combination of the Greek terms lykoi (wolf) and anthropos (man)—a person is diagnosed with lycanthropy when they believe that they are an animal. Five Ways to Spot a Werewolf*

This list is intended to be humorous, but here are a few of my favorites:

Now, go satisfy your fascination for these marvelous creatures by re-visiting a werewolf film classic: The Wolf Man (1941). Fun fact about this classic: “The Wolf Man was the first film to utilize the silver bullet myth on-screen.” And with that, may each decade continue to give us new, folklore-inspired takes on the werewolf. Happy Halloween!