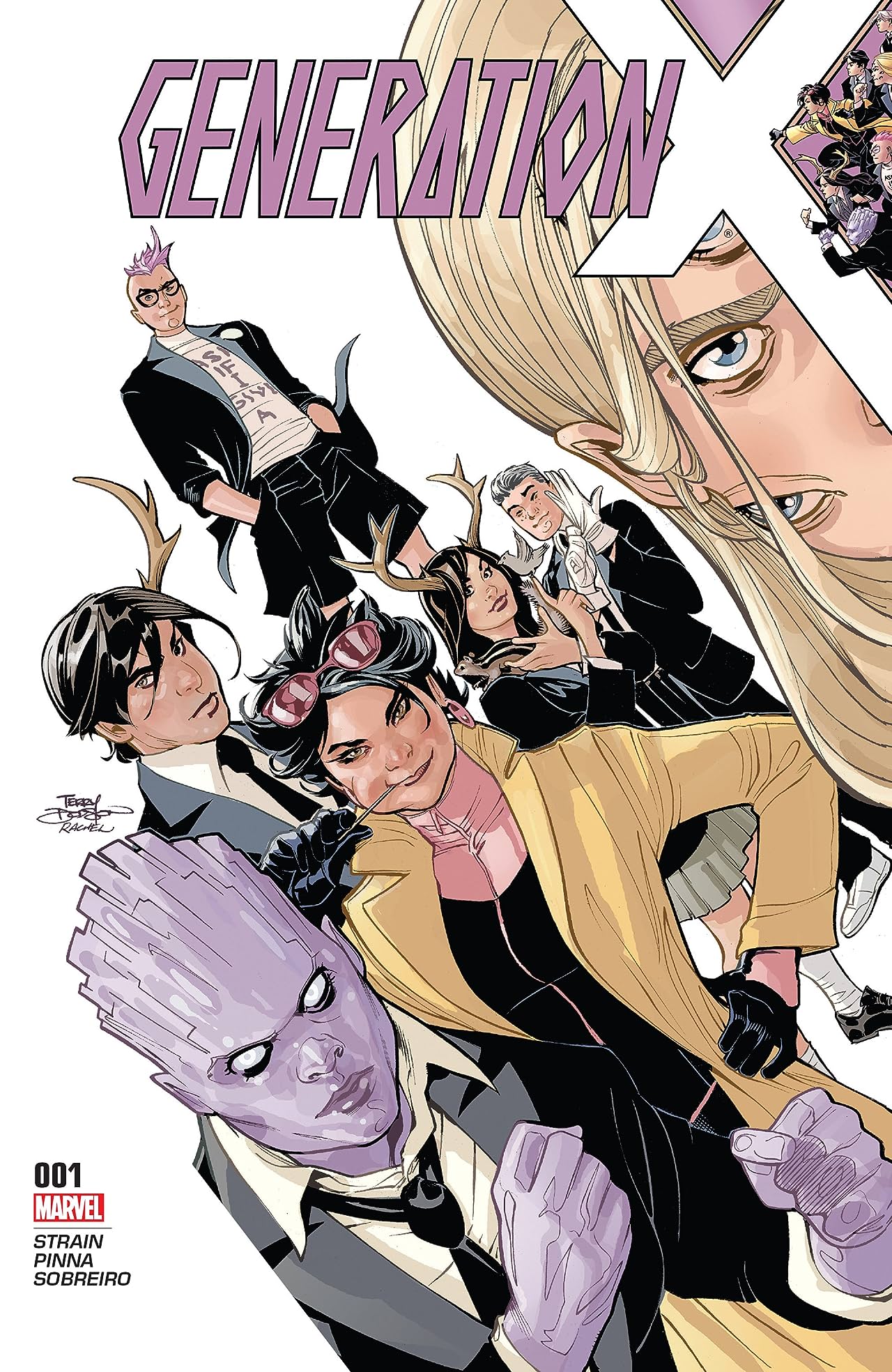 Spinning out from last year’s Inhumans vs. X-Men (the final issue of which I reviewed here!), Marvel’s ResurrXion relaunch aims restore the legacy and status of their beloved mutant superteam. Led by flagship titles X-Men: Blue and X-Men: Gold and followed by the debut of Jean Grey –as well as revamps for Old Man Logan and All-New Wolverine— Generation X #1 is the latest installment to hit shelves. Judging by this inaugural issue, I think Generation X may be the most promising of the pack.

In many ways, Generation X #1 perfectly represents ResurrXion’s mission statement, even if X-Men: Gold has technically been establishing itself as the back-to-basics X-Men book you should be reading. While that title –and by extension, its sister book– have been focusing on nostalgia and bringing back the old guard to the fore, Generation X #1 is genuinely forward-looking, narrowing its focus to newer character who may not have the cultural cache of a Cyclops or a Storm.

Specifically, Generation X is concerned with a group of misfits and losers at the reinvented Xavier Institute in Central Park; the ones who powers may not be useful in combat, or… any other context, for that matter. While they may not be the ones who could someday become X-Men and save the world, they still have to deal with their weird mutations, for better or worse.

Generation X #1 is also notable for being a relaunch of the cult classic Generation X series from the 90s, which saw its final issue published almost exactly sixteen years ago this month. That series, featuring Emma Frost in a Xavier-like role before she officially became an X-Man, featured a similarly lowbrow team of mutants — specifically Jubilee, who finds herself becoming the mentor to a new class of kids in this issue.

Everyone’s favorite mall babe has been through a lot since the original Generation X. She became a mom, got bitten by the son of Dracula and was turned into a vampire (yes, really),  and (most recently) hung out with Hellcat in her just-concluded solo title. Generation X #1 sees Jubilee coming home to the X-Mansion and catching up with newly-minted headmistress Kitty Pryde, who’s similarly had a weird last few years (nearly marrying Star-Lord, becoming the new Star-Lord for a bit…) which leads to the revelation that she won’t exactly be mentoring the next generation of X-Men.

Without giving away plot details, our new Generation X team isn’t exactly formed by the issue’s conclusion, but we’re getting there. An old threat rears its ugly head and threatens the new school’s safety, and that’s where our characters will have to come in. Based on this first issue, I’m very interested in seeing where the story goes next.

Christina Strain, a colorist-turned-writer, is on scripting duties here, and I think she does a fine job setting the proverbial table. We’re introduced to our primary characters –some a little bit more than others, naturally– and watch them interact; some get along, some don’t. What kind of X-Men book would this be if every single character got along perfectly? We’re talking about teenagers here. The X-Men are, partly, an allegory for puberty and adolescence.

Quentin Quire, for example, doesn’t get along with anybody, which you could’ve seen coming miles ahead given his history. But as for our newer characters, many of which have only been introduced within the last handful of years (like Hindsight, who makes his debut here), meaning we don’t know how they’ll react to things — including one another. As newer characters become increasingly difficult to introducer, there’s lots of fresh mutant blood in this title.

Story aside, Generation X boasts a fairly diverse team of characters. We’ve got a few queer ones (Bling! and Morph) as well as some people of color (Bling! again, Nature Girl, Jubilee), which I appreciate. X-Men books should probably be a little more diverse than they currently are, so Generation X delivers on that front

Generation X’s art, drawn by Amilcar Pinna and colored by Felipe Sobreiro, is noticeably more esoteric than what you’ll see on other X-Men titles out now, which perfectly fits the off-kilter vibe Strain is aiming for in her script. Generation X is definitely the “weird” book of the ResurrXion lot, and Pinna/Sobreiro’s art conveys it. Pinna’s illustrations aren’t concerned with looking “pretty” (and justifiably so, since they shouldn’t be), while Sobreiro’s naturalistic coloring grounds them. Letterer Clayton Cowles does his usual good work, rendering Strain’s script clearly and fluidly. And if there’s anything I love, it’s a good onomatopoeia, which there are a few of here.

The Verdict
If you’re gonna read only one of the X-Men titles launching out of ResurrXion, you could make a pretty good case for choosing Generation X. It’s weird and diverse, but still nails the spirit of the X-Men without relying on nostalgia or focusing on household names. Plus, it features a gag of Blob Herman lamenting about the difficulty of contact lenses with his mutation. That’s worth the cover price alone.